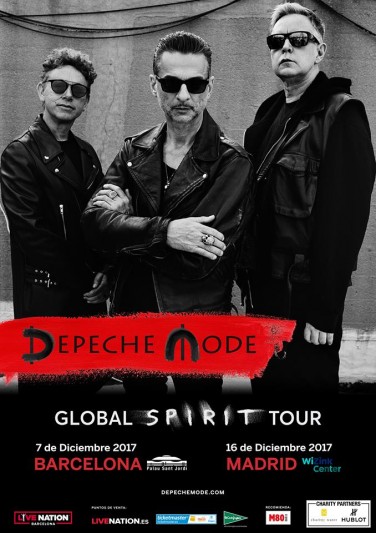 Confirming the rumors that had emerged since the announcement of their European tour of halls, British band Depeche Mode just confirmed two dates in Spain by mid-December 2017 within the presentation tour of their last album Spirit (2017). The band led by Dave Gahan will be at the Palau Sant Jordi in Barcelona on December 7, while the WiZink Center will host their concert in Madrid on December 16th.

Tickets for both concerts, whose prices will vary between € 45 and € 260 (+ fees), will go on sale on Wednesday, July 12 at 10:00am via Livenation, although two days before, on Monday July 10 at the same time, an exclusive presale will be open on American Express, which will be repeated one day later, on Tuesday, July 11 at 10:00am, in Livenation and again on American Express.