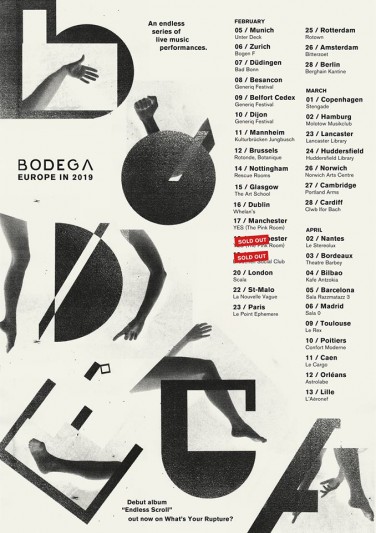 One of the sensations of the season, the New Yorkers Bodega, have just announced a European tour in which they have included up to three shows in Spain. The tour, which will serve to present their debut album Endless Scroll (2018), where rock merges with post punk or even hip hop, will visit Bilbao's Kafé Antzokia on 4 April, Barcelona's Razzmatazz 3 on 5 April and finally Madrid's Sala 0 on 6 April.

Tickets for all Bodega concerts in Spain, whose price is 12 euros + booking fee, are available on Eventbrite for Madrid and Barcelona, while tickets for Bilbao show an be found in Ticketea.