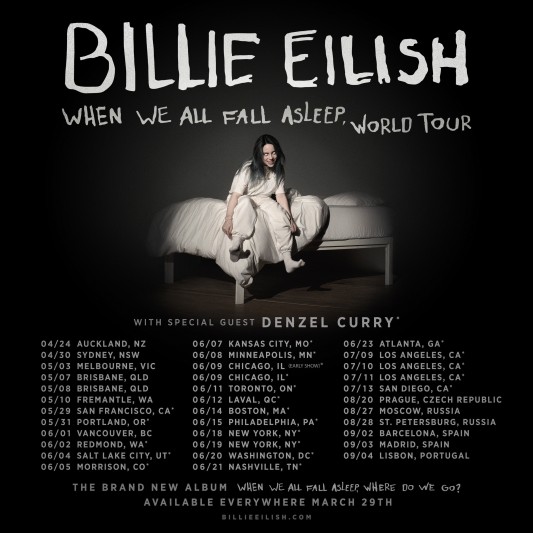 One month after she will release her debut studio album, When We All Fall Alseep, Where Do We Go?, American singer Billie Eilish has announced European tour dates for her 2019 When We All Fall Asleep World Tour. Until today, only shows in Australia and the United States of America have been announced, and today, Billie Eilish revealed some gigs in Europe and Russia. In the case of Spain, Billie Eilish will perform on September 2 at Poble Espanyol in Barcelona and on September 3 at the WiZink Center in Madrid and tickets will go on sale on Wednesday 13 February at 10:00h at Ticketmaster and Redtkt at a price of €35 (+ fees).