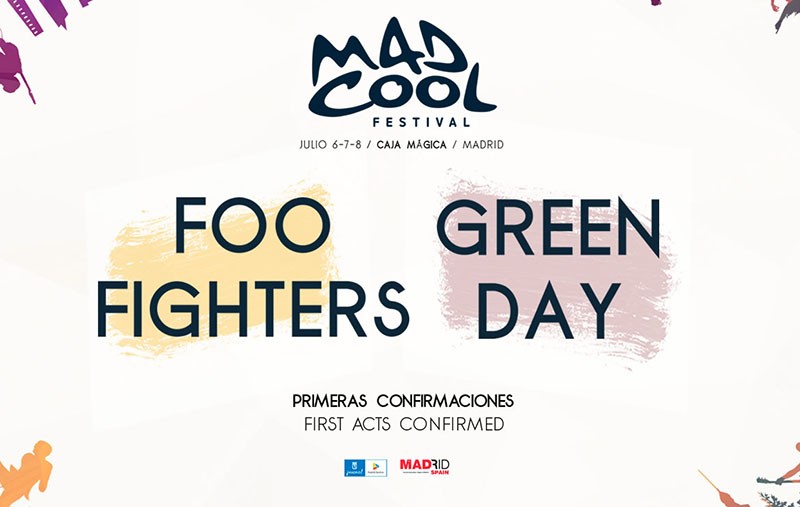 As had been rumored since yesterday, Foo Fighters will be one of the headliners of Mad Cool Festival 2017. But at the press conference held a few minutes ago, the festival organizers have pulled another rabbit out of the hat and also confirmed that their compatriots Green Day will be another of the major names of this year's festival, to be held from 6 to July 8 at La Caja Magica in Madrid.

The organizers have announced that Foo Fighters concert will be on Thursday July 6 and will be the only one of the band in Spain, while Green Day's one will be on Friday 7, in this case without exclusivity. They have also announced that any band from the first edition will repeat, that there will be five scenarios and none of them will be interior, as well as that they are working hard to improve the transport allowing transfer with the tube and has ensured that there will be a third edition in 2018.

Tickets will go on sale next Monday, November 14, on the official Website of the Festival with an initial price for the first 10,000 tickets of €125(+ expenses) for the three days (€105+expenses with the Mad Cool card). Once those 10,000 tickets get sold out, the price of the 3-Day Ticket will be €145+expenses.