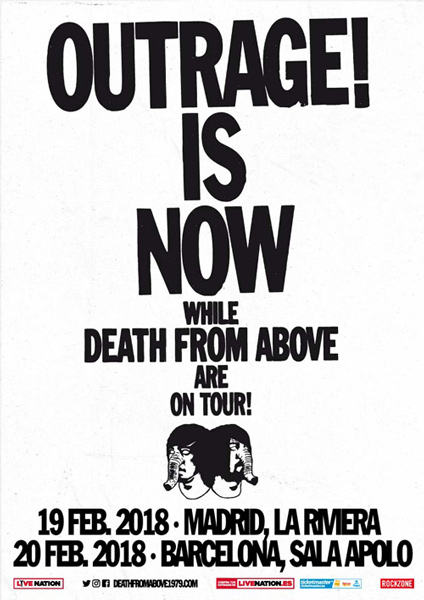 The Toronto duo Death from Above, formerly known as Death from Above 1979, have just announced that they will bring their punk/dance/rock to Spain to present their latest album Outrage! Is Now (2017), that went on sale just two weeks ago. The Canadians will return to Spain after the excellent concert that they offered at Primavera Sound festival in 2015, being the Catalan city just one of the cities where you can enjoy the canadians, as the two concerts planned will take place on February 19 at La Riviera in Madrid and on the 20th February at Sala Apolo in Barcelona.

Tickets for both concerts will be priced at € 22 (+ fees) and will be on sale from 22 September at 10am on Livenation and Ticketmaster.

Death From AboveDeath from Above 1979