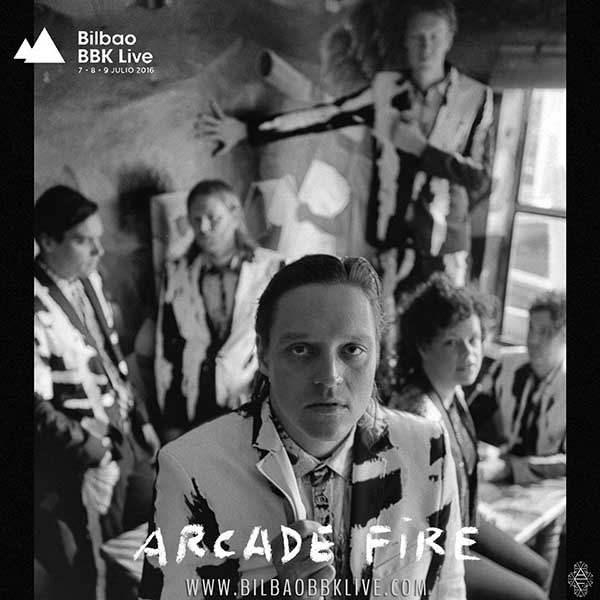 After announcing on the last months Pixies, Foals o New Order, Bilbao BBK Live 2016 has just confirmed the big name for this year lineup with Canadians Arcade Fire. The band have announced that this gig will be one of the only two festival shows that they will perfom during 2016, while the other one will be at Lisbon NOS Alive, that one week ago confirmed also Radiohead and became one of the most interesting festivals of the year in Europe..

3 days tickets for the festival, that takes place in Bilbao from July 7-9 at Kobetamendi mount in Bilbao, are available on its official Website with a starting price of 110 euros (+ fees).