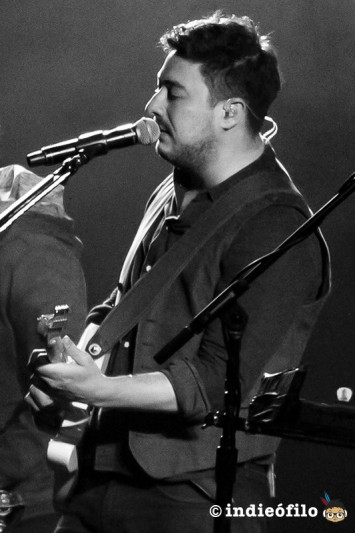 British band Mumford and Sons returned to Barcelona 6 years after their last visit as part of the world tour to present their recent album Delta (2018). A lot of things has changed for the band since then, which has gradually shifted from indie folk of their early works to a more commercial and massive side that sometimes flirts excessively with pop, thus gradually forgetting the bass sounds and percussion "trade mark" of their beginnings.

And Saturday's concert in Barcelona was a perfect reflection of that "evolution" that has led them to be headliners of major festivals around the world… From a simple stage located in the center of the pit in which only a careful lighting and a couple of microphones symmetrically placed so that Marcus Mumford and Winston Marshall could delight both sides of a sickened public, the London band started their concert as a bulldozer from the hand of the hit that currently the radiostations play, "Guiding Light" and three great classics of their discography as "Little Lion Man", "Holland Road" and "The Cave". At first it sounds like a winning bet, but for our misfortune the lousy sound of the arena with the basses reverberating everywhere, made the banjo chords or the Marcus bass drum in "The Cave" knock down what could have been an apoteósico start that simply remained in a kind of massive karaoke of chorus.

"Beloved" relaxed the atmosphere towards some quite dispensable intermediate songs like "Lover of the Night", "Tompkins Square Park" and "Believe", to raise again the show with the accelerated "Ditmas", in which Marcus first climbed into the stands to run trough a good part of the Sant Jordi Arena singing the hypnotic chorus "This is all I ever was, This is all you came across those years ago", and then crowdsurfing on the pit to get to the stage. The festive atmosphere and the asyncopated rhythms of drums and piano would raise the rhythm of "Slip Away", while "Darkness Visible" served to show his more progressive side of the band, and who knows if their nearest future based on a supposed maturity.. 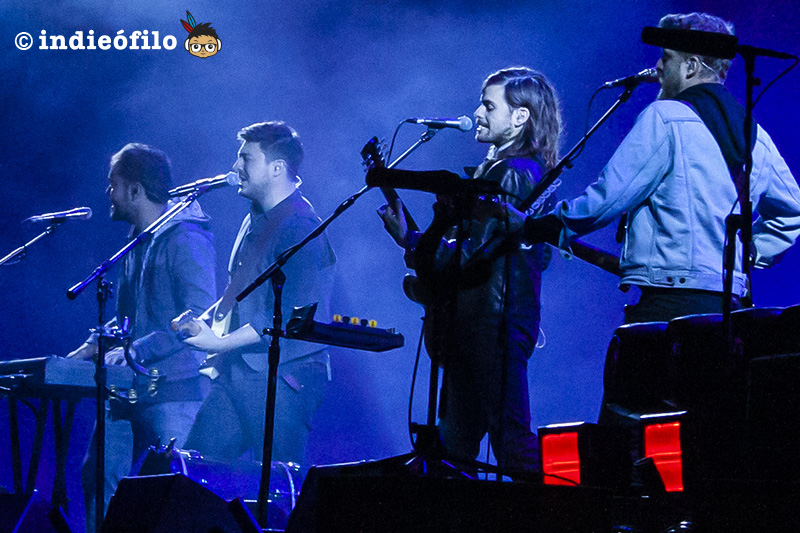 After congratulating FC. Barcelona for their recently league champions title, the band in unison would gather in the middle of the stage to start the encores singing in acoustic "Cold Arms" and "Forever", joining shortly after the opening act Gang Of Youths to make a version of "Blood" of the Australians The Middle East. With the audience once again involved in the dynamics of the concert, it would be the moment of the final apotheosis of two of their best-known songs, "Awake My Soul" and especially "I Will Wait", with which the Sant Jordi went mad thanks to jumps from the pit and guitars from the stage. It didn't matter that the last song of the night was "Delta", as the concert was over 5 minutes earlier. So, despite the undeniable downturn in some of their recent tracks, Mumford And Sons demonstrated why they are a band of great stadiums by choosing an effective setlist in which, unfortunately for those of us who yearn for their first albums, they no longer pay as much attention to banjos and double basses. The stage skills of the 4 members have grown exponentially and this is greatly appreciated for the closeness they gave off at all times with an audience that gives the impression of adoring them regardless of the proposal they wil play..