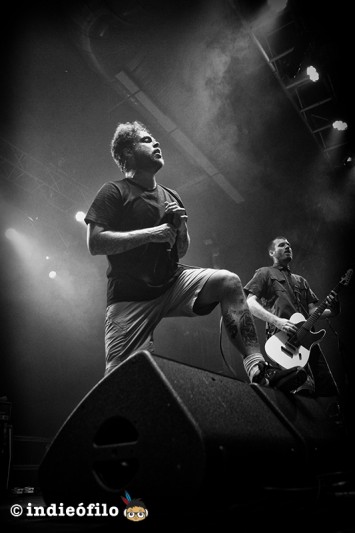 Last Tuesday, Parkway Drive returned to Barcelona barely a year after their last visit and they did it as part of Route Resurrection, presentation tour of the renowned Galician festival Resurrection Fest that in addition to the Australians included Darkest Hour and Stick to Your Guns. The first ones were the ones in charge of opening the night and their show was flat and bland, too focused on death metal style in which only emphasized the good work of Michael "LoneStar" Carrigan on the guitar and some passages of "Savor The Kill", the only remarkable song in about 40 minutes of their show. Quite the opposite of the Californians Stick to Your Guns, who gave an amazing concert from the beginning (with an incredible jump to the stage under the chords of "You Make My Dreams Come True" by Hall & Oates). Under the charisma of their leader Jesse Barnett, who did not stop talking and making proclamations in favor of the refugees or promoting nonconformity, the metalcore with punk touches of the Americans was a roller machine in which emphasized the accelerated songs "We Still Believe", "Amber" and "Against Them All".

With tailwind and a sober staging that only included three small platforms, Parkway Drive appeared on the stage and from the first theme made it clear that the night was going to become a walkabout in which the audience was going to sing each one of the well-known chorus of the Australians. A start with two prior songs to the controversial LP Ire (2016) as "Wild Eyes" and "Carrion" made us think of the exile on the setlist of their last album, but     immediately after "Dedicated" and the catchy "Vice Grip" showed us that the songs of the this one have been able to integrate perfectly in the live proposal of the band, with a force that surpasses the vinyl format. 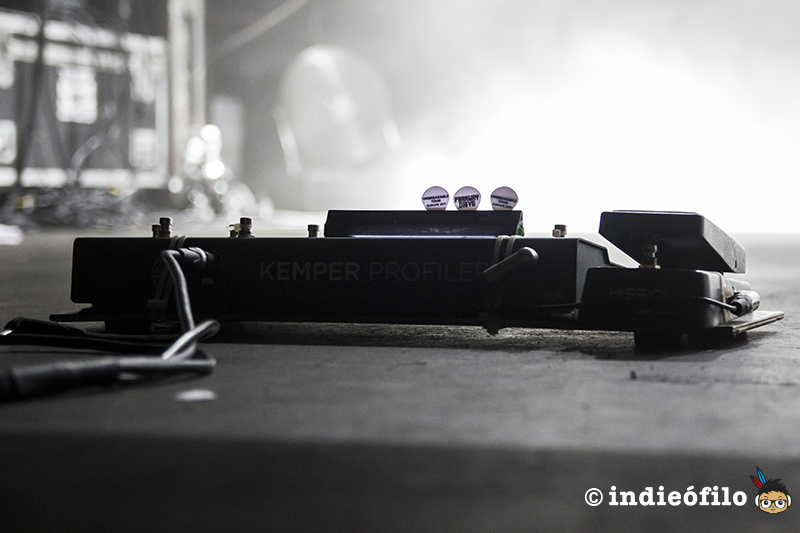 The visit to their album Deep Blue (2010) with "Karma" and "Sleepwalker" was somewhat disappointing for the flatness of its proposal, feeling perhaps heightened by the fact that only Winston McCall interact with the public while the rest of the members of the band remain motionless.. However, the band would regain control of the situation with an apotheosis "Dark Days", perfect prelude for one of the highlights of the night, the melodic "Destroyer" in which the guitars finally took center stage to the rhythm of a concert set of lights, possibly the best ever seen in the Barcelona room. From then, the final minutes of the concert became a roller coaster in which we could suffer an overly relaxed "Writings on the Wall" or enjoy the skills of Ben Gordon on the drums, first on "Boneyards" and later with a powerful solo in "Swing". 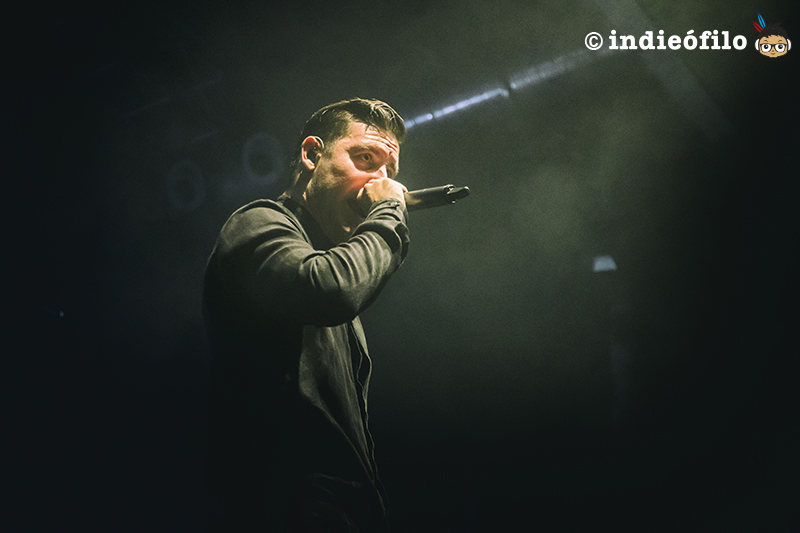 Before the clamor of some devoted fans, the band would step again onto the stage to play "Crushed", the most powerful song of their last album with which they put the room upwards and fostered several crowdsurfing and circle pits. To close the concert, and in a fact to thank, the band delighted an audience that insisted that they must play "Romance Is Dead", song not included in the setlist that after a few "Can we do it? That's the question" between the band and the technicians was the somewhat irregular end of a short but intense concert. It is difficult to see where will be the Australians in 20 years and know what will be their impact on the history of metal (Purists even say they do not belong to that style), but it is undeniable that their proposal easily recognizable and full of singable choruses has deepened in an audience with ages between 16 and 28 years that attends their concerts. Musically they are almost perfect, but the coldness transmitted by some of their members live makes them miss a point that little seems to matter to their fans, who cram the rooms where they play year after year.