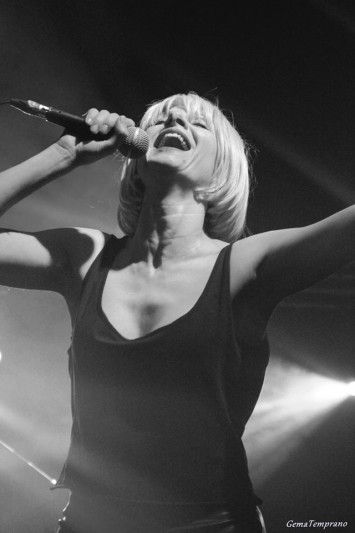 The multifaceted artist Nawja appeared last Friday on a hall in Madrid, a month and a half after publishing his sixth solo album and just after the huge effect produced by her nude photo on the front page in spanish magazine Interviu last 10th February edition. Her sixth solo album , Rat Race, where shows a different electronics, has surprised us regarding what the Navarre artist accustomed. With the help of Matias Eisen and Didi Gutman, she has shown us that her versatility and romanticism of her latest work was just a mirage that we reproduced a small part of her musical sense.

The Ocho y Medio hall (old But) on Barcelo street is plenty of people and surroundings are full of people forming a zigzag snake people row who turned down until the street Larra. The DJ Set of Brazilian Girls member, Didi Gutman, heats the room with an electronic worthy of entry to the show that very concert Nawja creates. She didn't play hard to get the appearance of the protagonist, logical because of the amount of people still waiting at the door of the room. Just when Carlos Jean, former musical partner of the actress, makes his appearance, the rest of the room begins to be excited about the chance that the concert will start shortly. 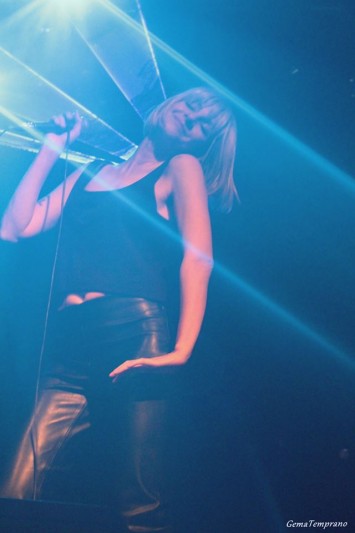 Finally the lights go out, the first notes from Didi's synthesizer sounded and with Dear Good song the gloom became present in the room, then Najwa jumped to the stage as if she was an angelic appearance. From here we find a  totally different singer what she used to be in recent years, alternating screams with more leisurely parties and shows an energy never before seen in their performances. The atmosphere of the room begins to roar with the first chords of the debut single of this new album in the style of Nawja, Feed Us, in which public sang with her chorus until the "Mother Fucker" call, standing especially out keyboards and parts of the song that are spoken, offering a flow of energy that was transmitted to the audience with very danceable chords. The anxiety generated by the song Timeless a hit that started with some rapping rhymes, to deal with the revelation of time and the limitations clock teaches us, is transmitted exceptionally in a song whose harmony between electronic arrangements, and interpretation actress, get the clear objective to inculcate us the feeling of not having time for what we want. 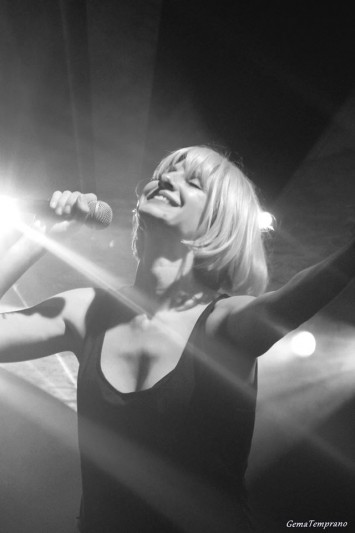 The songs of her new LP were sounded one after another alternately as they do on the LP until the signs pointing to the Arab World, and stronger electronic beats marked lead us to chaotic theme Rat Race, which in addition to naming the album makes the hall dance automatically, with a figure in the scene that reminds us in her movements a blonde version of Uma Thurman in Pulp Fiction. Infected by the energy constantly rumbling with this song, we reached the high point of the show. Jumping and starting to turn up the volume as a final trance, at the insistence of the public sang her return to the stage, we fall into the temptation of the more basic needs to put on the pyjamas, very carefully electro bases, a simple chorus, but with a force that the audience scream, eccentric contortions, notes from a child keyboards, and there she is with her style, making the audience singing the keywords "Room Bed Pijamas". The end of the concert keeping the steady pace of the show comes with Heroic Mood, wherein Nawja removing the character, gets rid of the blonde wig, saying goodbye to her audience with a dance worthy of the myth that she has been for males and turned crazy the hall with a very good ovation. Concert yes, show always! accustomed to the eccentricity of the artist, with impeccable live and great atmosphere in the room.

All the photos from this concert was taken by Gema Temprano from Cabina Pop.