The fact that bands as DMA's grow up in appreciation of critics and audiences is always welcome. Not only for the quality that they attest, but because from time to time is also good that critics will confirm that one of those hundred lapidary phrases launched each year will became true.. More than a year ago we enjoyed Aussie band at London Calling Festival and we come ahead about they will make a fast buck with their mix of The Stone Roses and Oasis style, so there was eager to see how they had evolved now that sound in radios like XFM or selfsame BBC.. 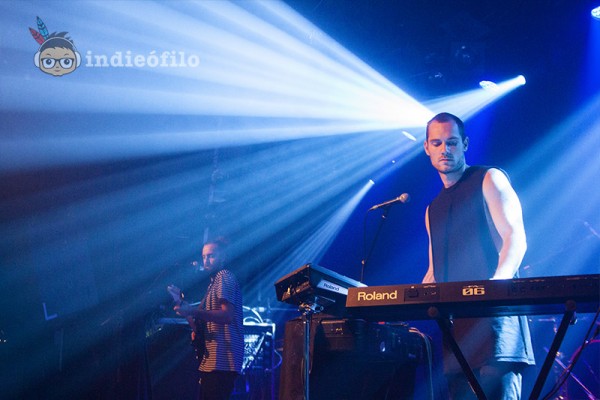 The warm-up band of the night were their countrymen BOO Seeka, that against a hall with half crowd offered a strange mix of electronic, neo soul and even sometimes Trip-Hop. It was strange for the many changes of style that was inside of each song, approaching at times to Wild Beasts or Glass Animals to leap a moment later to sounds closer to Massive Attack but with the voice of Cody Chesnutt.. In a show that at times was hard to follow by the variety offered, highlighted "Kingdom Leader" and "Deception Bay", songs that made the small crowd congregated became motivated to dance. 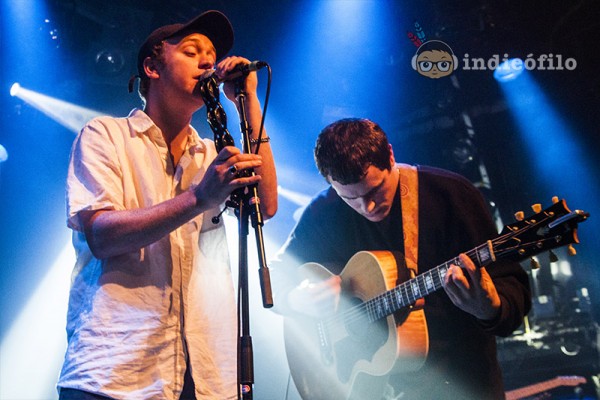 Now, before a full room, the stars of the night started like a cyclone their short but intense concert. Accelerated "Feels Like 37" served as the starting gun for a show that from the beginning would show the evolution of the band in the last 18 months.. Joined by drums, bass and extra guitar extras, overall sound emerges stronger in the "wild" songs, but however masks too much the acoustic guitar of Johnny Took, as for example in the marvellous "Your Low".. With up to 4 unreleased songs in the setlist, the show is displayed as a unique opportunity to enjoy what the Aussies will offer in the future, but also serves to enjoy their more intimate side in songs like "Delete" or "So We Know" where Tommy O'Dell takes all leadership.. However, it is undeniable that the most memorable moments of the show come with the Stone Roses style songs like "Lay Down" or the final fireworks with "Laced" and the encore "Play It Out" with guitars, drums and vocals perfectly synchronised. That sense of immediateness similar to "Trainspotting" that transmit their songs is what their audience wants, probably nostalgic for better times or waiting for the new coming of old Mancunians glories as Ian Brown or The Gallaghers and co..