After established themselves closer to the mainstream for the first time of their career with their last 2 albums Only Revolutions and Opposites, and with the chance to take several options that will be far away from their LP's pre-Puzzle, it was time for the Scottish band Biffy Clyro to decide if they will continue with the last cycle, get back to the old style or facing against a new future. This moment has arrived and its name is Ellipsis. The seventh album of Killmarnrock's band is a new rachet up moving away from strong sounds, marked drums and rough bass lines of their previous albums. It is perhaps the reflection of 20 years of life as a band, or maybe Simon Neill's issues with mental health, the reasons that have forced to reconsider their music, which has became a relaxation in their music with more autobiographical lyrics. 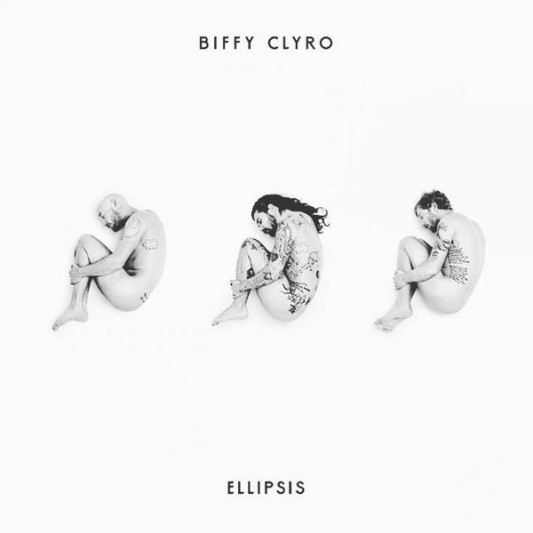 The album starts with subjects related to wolves on "Wolves of Winter", the song responsible for opening the album, and also the first single and the strong bet of the band, with a sign to his new producer ("Record this?" is the first sentence of the song) and an autobiographical background, in which the band show their face of their long career. The album continues with its own-claim background on "Friends and Enemies", where they question about true friendship, but it is with "Animals" where they give free rein to their more rock side, although the album again had a setback with the unclassifiable "Re-arrange", a kind of pseudo ballad much closer to the style of a synth group of 80. They blander also with "Small Wishes", a wallop of country-pop with stupid whistle on the end. On the other hand, "Howl" and "Herex" are some of the most successful songs on the album, where we can glimpse some of the nuances that used to be characteristic over their last 3 albums and that made us to believe in the Scots.

On Linguistics, the ellipsis is a rhetorical figure consisting in the intentional omission of a word, sentence, or whole section from a text without altering its original meaning, due to it is understood thanks to the context. So, in a certain way, Biffy Clyro have made a ellipsis skipping sounds and concepts that were the sound identity of the band in the past and that in our opinion still have some good thinks to provide to the sound of the Scots, even though they insist on creating albums trilogies.. The problem is that it is necessary to make a great effort to understand the idea of the album, because even in the words of Simon Neill "the album is like a blow in the face", it does not reflect any emotion but trivial experiences of the band.