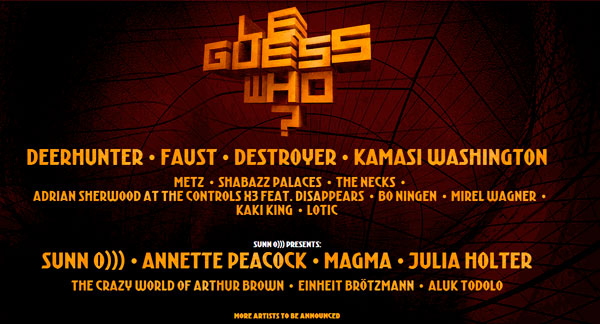 Little by little we are knowing more names that will be part of Le Guess Who? 2015, the dutch Festival that will be held in Utrech from 19th to 22nd of November, that already includes Deerhunter, Sunn O))), Faust or legend Annette Peacock. Three new names have been announced this week, Kamasi Washington and his Jazz style (He has collaborated with artist as Kendrick Lamar or Flying Lotus), Ariel Pink and their psychopop and Canadian METZ with their noise rock.

Tickets for Le Guess Who? are available now at its official website. Early bird 4-Day Festival Passes price is €100 until the end of August, when the will increase until €110. Le Guess Who? also offer festival ticket + hotel packages for the entire weekend.