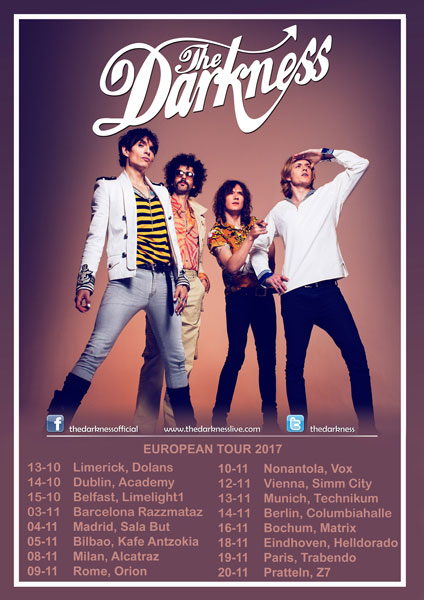 After their tour of last year, British The Darkness have announced a new European Tour in November 2017 where they will play their awaited new album, that will go on sale next September 2017, with a name TBC. Through a message written by Justin Hawkins on their website, where he insist on the band do not care for Brexit and also that British Glam Rock will continue crossing borders, the singer also wrote that "we will not let you be starved of relentless rifferama, effortless hâute couture, loud noises, and things that flash both on and off". The tour will start in Barcelona, Spain, next Nov 03, to play later on Italy, Austria, Germany, Holland, France and Switzerland.