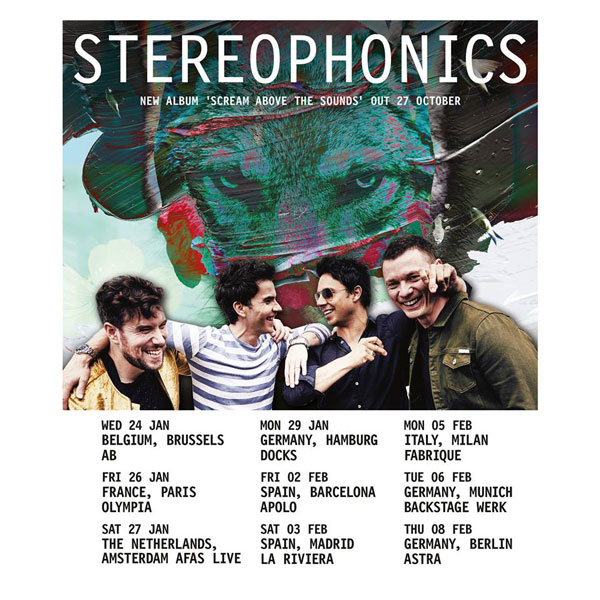 Welsh band Stereophonics have just announced a mini European tour of nine concerts in which they will present their new album Scream Above The Sounds (2017), which will be published on 27 October. The tour, which will start in Brussels on January 24 and end in Berlin on February 8, will include two dates in Spain, visiting on February the 2nd Sala Apolo in Barcelona and on February, 3 Sala La Riviera in Madrid.

Tickets for all the tour will go on sale next Friday September 29 from Stereophonics.com. Tickets for Spain gigs, which will cost € 27 + management fees, can be purchased in pre-sales status through Live Nation from 10:00 am on September 28th, while the general sale will start at the same time on Friday, September 29 at Live Nation, Ticketmaster and Ticketmaster ticket network (FNAC, Halcón Viajes and Carrefour).