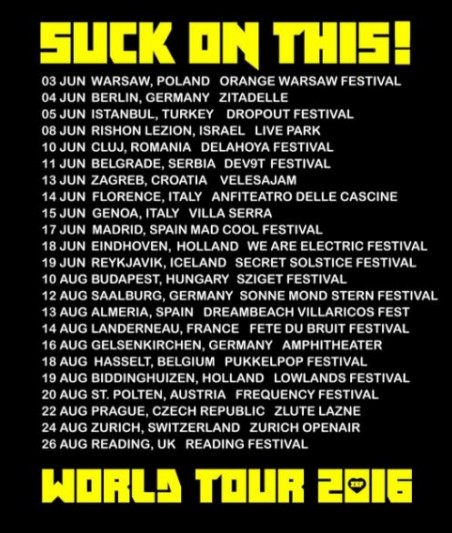 If these morning we've announced the new batch of dance names for Dutch Festival Lowlands 2016, now South Africans Die Antwoord self confirmed also for the festival. With a photo on their Instagram account, Ninja and Yo-Landi have announced that they will be at the festival that will be held in Biddinghuizen from 19 to 21 August, returning after their amazing performance in 2014.

We remind you that tickets for the festival, that includes Muse, Sigur Ros, LCD Soundsystem, Foals, Disclosure, Chvrches or The Last Shadow Puppets, among others, on the lineup, are available at its official Website with a starting price of 185 Euro.