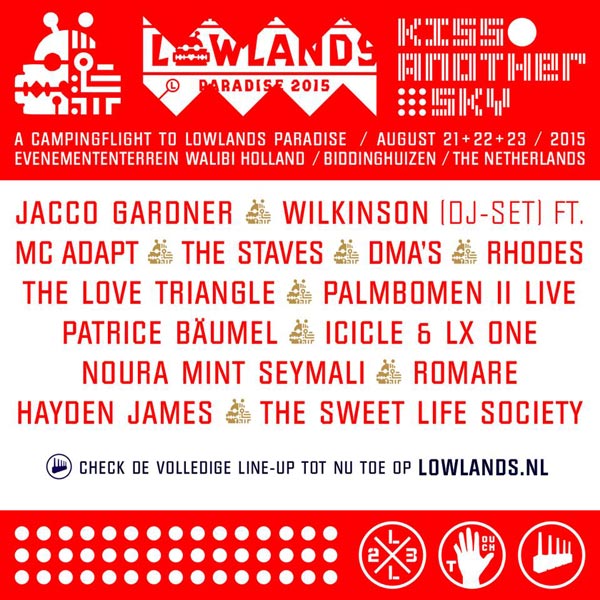 A new batch of names has been confirmed for Dutch festival Lowlands 2015. The festival, who will be held on Biddinghuizen from 21st to 23rd August, has just confirmed Jacco Gardner, DMA’S, Wilkinson ft. MC Adapt, The Staves, Rhodes, The Love Triangle, Palmbomen II (live), Patrice Bäumel, Icicle & LX One, Noura Mint Seymali, Romare, Hayden James and The Sweet Life Society and will join artists such as The Chemical Brothers, Major Lazer, FFS or Kendrick Lamar , confirmed during last months. On the other hand, Mark Ronson will return to the line-up of the festival, just one month after his cancellation, offering a DJ-Set.

Weekend tickets are on its official Website, with a strating price of €195.