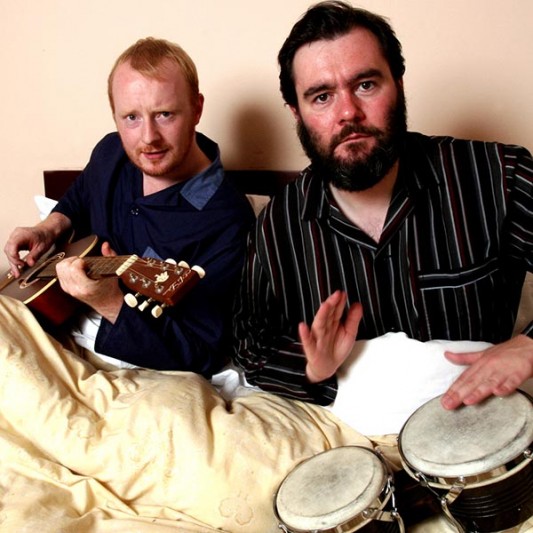 Scots duo Arab Strap -consisting of Aidan Moffat and Malcolm Middleton– confirmed yesterday during an interview on Steve Lamacq’s BBC Radio 6 Music show that they will play 3 gigs in October 2016 and also shared on Spotify an updated version of their first single "The First Big Weekend", called now to "The First Big Weekend of 2016".

Arab Strap will play gigs at London’s Brixton Electric (13th October), Manchester’s O2 Ritz (14th October) and Glasgow's Barrowland Ballroom (15th October) and during the interview, the band explained they had always planned to reunite after 10 years and suggested that they are considering to record new music together. Middleton said "I think the day we went to the pub and split up, we made a joke about Arab Strap getting back together in 10 years' time to celebrate. So that's basically what this is: a chance to enjoy the music we made once more.", while Moffat add: "We wanted to celebrate it while we're still relatively young and don't look too embarrassing on the stage."