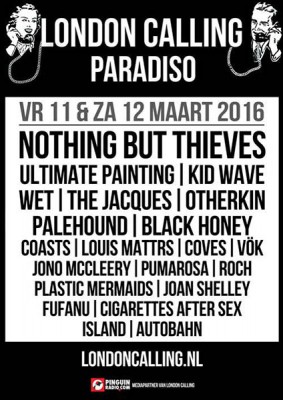 After the lasts names that were confirmed two weeks ago, the organizers of London Calling 2016, have announced today three new names for the line-up of the March edition, that will be held on 11th and 12th of March at Paradiso hall in Amsterdam. Fufanu and their mix of punk-rock-psychedelia, Autobahn with their dark postpunk and the britpop of Island 3 will join Nothing but Thieves, Black Honey, Palehound or Wet, among others, already confirmed for the edition.