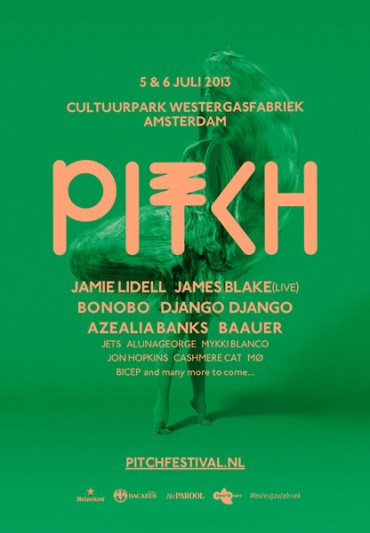 The organisation of PITCH Festival, that will be held  in Amsterdam on July 5th and 6th, has announced some of the artist that will be part of the line-up. This edition will consist on a two-day event that will take place again at the Cultuurpark Westgasfabriek, an old beauty industrial site in West Amsterdam that houses five indoor venues and one outdoor stage. The main name for this edition is James Blake, who was last year as a DJ and returns this year for a live performance, where he'll show it's new and waited second album. In addition, the festival will bring too some of the most expected groups for 2013, like Disclosure and Baauer, as well as Django Django, Azealia Banks or Aluna George, who were all in the list of the best of 2012 for the main magazine all around the world. Tickets will be buy at its official website or in Ticketmaster