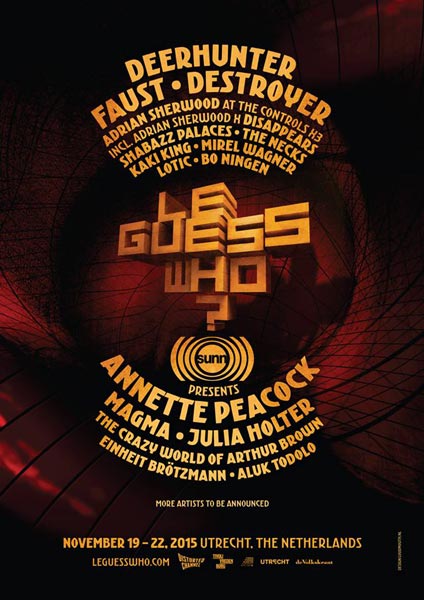 Today have been confirmed the first names for Le Guess Who? Festival 2015, that will take place from 19th to 22nd of November in Utrecht, The Netherlands. The main name of this batch is Bradford Cox's band Deerhunter, but also mythical krautrock band Faust, Destroyer or Shabazz Palaces. Among other names confirmed are Mirel Wagner, The Necks, Bo Ningen (they repeat after last year show with Savages); Lotic and Kaki King’s new multimedia performance ‘The Neck Is A Bridge To The Body’.

Tickets for Le Guess Who? are available now at its official website. Early bird 4-Day Festival Passes price is €90 until the end of June, when the will increase until €100. Le Guess Who? also offer festival ticket + hotel packages for the entire weekend.