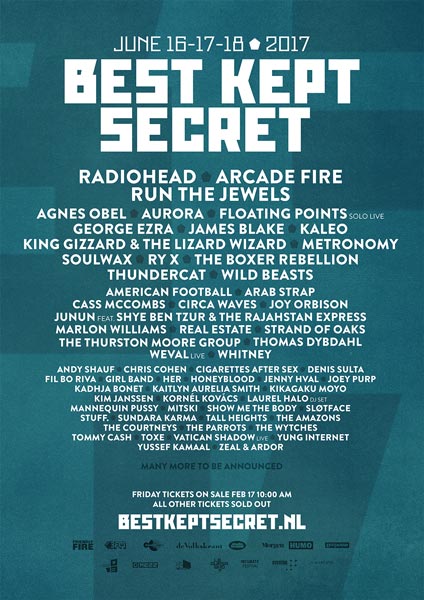 The organizers has also confirmed some of the bands that will be playing each day. Run the Jewels will be one the main bands on Friday, Arcade Fire will be the main band on Saturday and Radiohead will close the festival on Sunday. We remind you that Best Kept Secret will be held in Hilvarenbeek (closer to Beekse Bergen) from 16 till 18 June and weekend tickets are sold out, while day tickets for Friday 16th June (Saturday and Sunday are also sold out) have a price of 89 euro +fees. You can buy them since Friday 17 February on the official Website of the festival.