For the second night in a row, Placebo filled to the brim the Razzmatazz room in Barcelona, in which would be the second stop of the Spanish tour to celebrate their 20th anniversary as a band that in the coming days will also take them to Madrid, Granada, Mallorca and Logroño. Before a mostly adult audience that has grown almost at the same pace as the band (ages between 35 and 50 mostly), the band of Brian Molko and Stefan Olsdal prepared a huge party that had a video summary of the 20-year career and where only a few hits were left out. 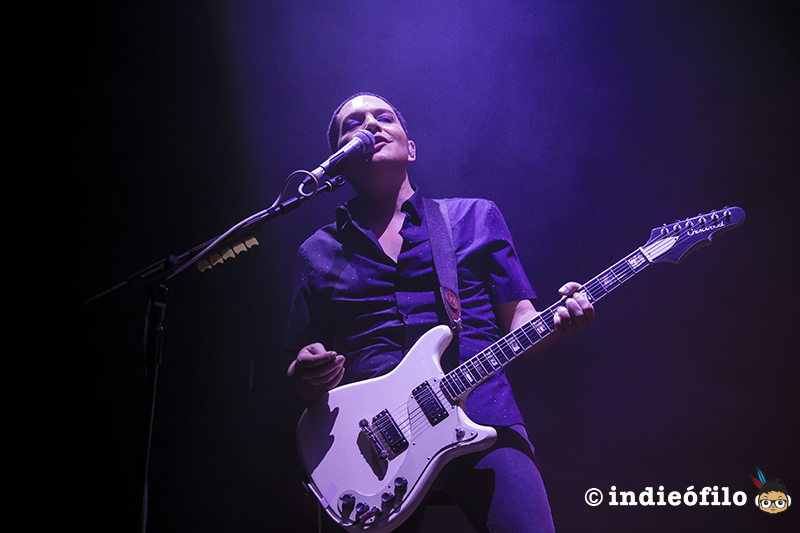 After a start marked by two introductory videos, first the original video clip of "Every You Every Me" and then as we said before a summary of its 20 years of career, the two great protagonists of the night jumped on stage on the first chords of "Pure Morning", to the delight of a room passionated from the beginning. The most recent "Loud Like Love" wanted to maintain that distressing tone that characterizes the band, but between the combo "Jesus' Son" – "Soulmates" and the audience singing an unnecessary "Happy birthday" to the band, lowered the initial euphoria in a moment that made us fear the massive incursion of songs from their last two albums.. However, and we apologize for doubting Molko and company, an incredibly emotional "Special Needs" and "Lazarus", where Brian Molko's voice proved to be in a stately way, were a magnificent departure ramp for that anti-ode of Social Networks that is "Too Many Friends" (perfect soundtrack for an episode of Black Mirror) or "Twenty Years", widely sang by the public.

It had to be the veteran "I Know" the one who started that repertoire of half asphyxiating times that have marked the style of the British band and that supposed the intermediate block of their concert. Like this come chained "Space Monkey", "Exit Wounds" or "Protect Me from What I Want”, in which the aid on the guitars and bass player of Nick Gavrilovic and Bill Lloyd contributing to dark tones managed to mitigate the little strength on the drums of Matt Lunn, who does not seem to reach the levels of Hewitt or Forrest. Already with favorable wind, the band displayed all its potential, starting with a sublime "Without You I'm Nothing" that included a video tribute to David Bowie (who featured in the single version), which would follow a relaxed version of "36 degrees" and "Lady of the Flowers", that was thanked the longest-lived fans. 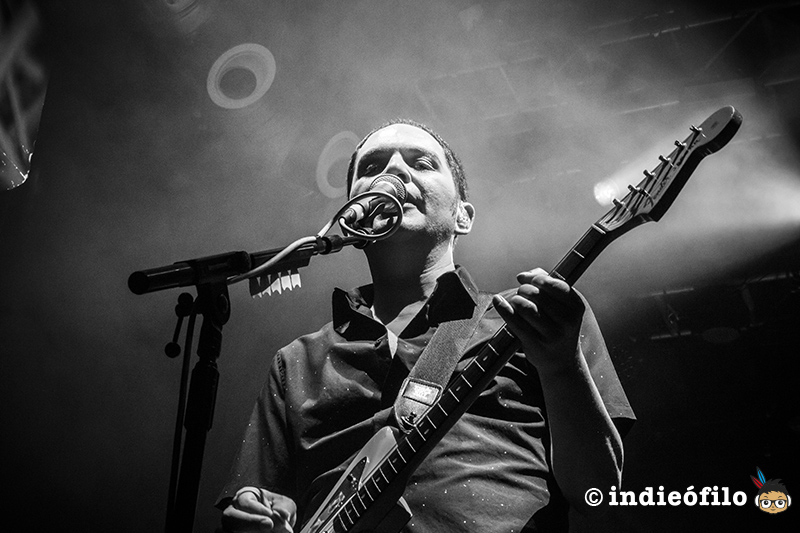 "For What It's Worth" showed then that it already has become one of the most danceable hits from the repertoire even though its style doesn’t join too with the classics of the band, which fell one after another in a memorable end. The post-grunge touches of "Slave to the Wage" and an accelerated "Special K" made us remember the last century, in which our hardships and problems had the soundtrack of a CD of Placebo, while "Song to Say Goodbye", with its emotive background video and Fiona Brice's keyboards and violins as protagonists, made the whole audience sing in unison their familiar chorus. After a few new words in Spanish that showed us a Brian Molko more witty than we remembered, and with the public already surrendered at their feet would arrive "The Bitter End", last song before some encores that started with the song that possibly best describes Placebo’s style, "Teenage Angst", with these lines of chorus "Since I was born/I started to decay.." still resonating in our unconscious. 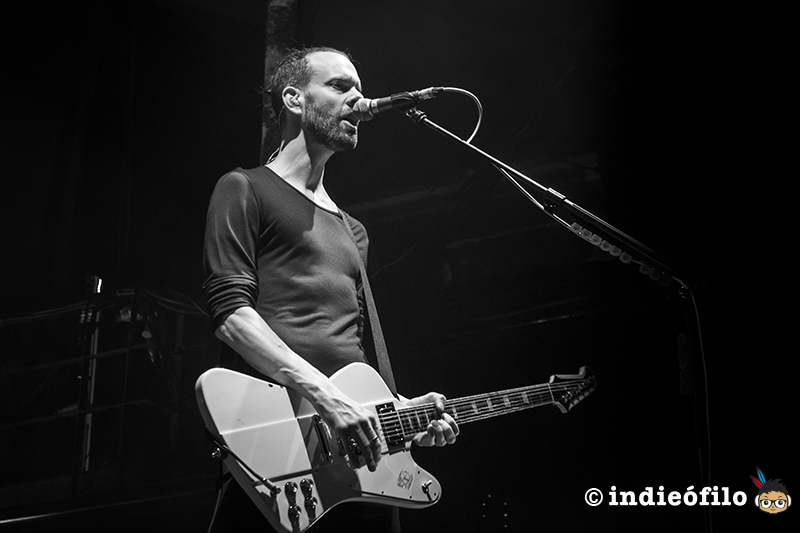 The wheel could not stop and Olsdal take out his famous bass with LGBTI flag on it to unleash the madness in "Nancy Boy", which would follow an accelerated version of "Infra-red" with projections in which you could see the face of Donald Trump as if it were a pack of cigarettes next to the sentence "Seriously harms you and others around you". The icing on the cake in the form of a second encore would be the well-known version of Kate Bush's song "Running Up That Hill", which after about 2 hours and 15 minutes of concert meant the closing to a show almost perfect that at times had dyes of Farewell, we do not know if to that style that in the decade 1996-2006 led them to stardom or their final farewell as a band, and in which they surprisingly had no place for hits like "You Do not Care About Us", "Taste In Men","English Summer Rain" or "Meds".