Last weekend was held at the usual fairgrounds of Biddhuizen the twenty-fourth edition of  Lowlands, one of the most prestigious festivals on the European scene that had this year as main headliners Muse, Disclosure and LCD Soundsystem for each of the three days. 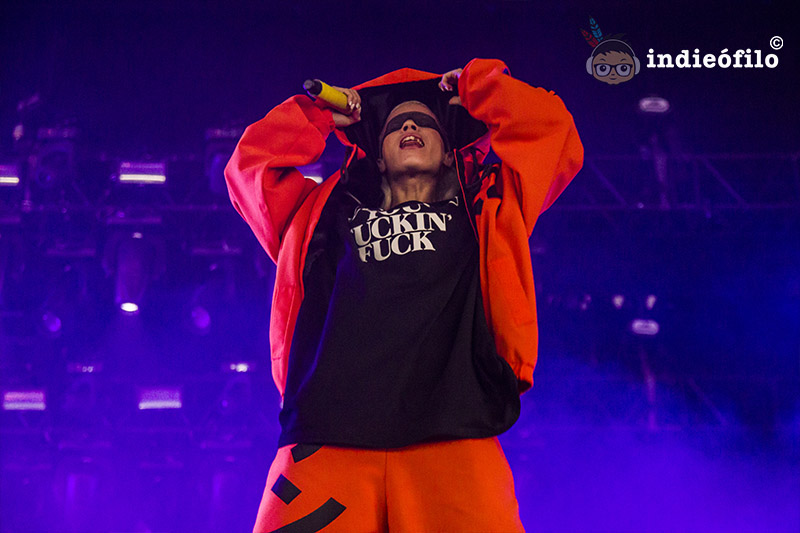 As far as names are concerned, the opening day lavished quality left right and centre, and from the early hours you could enjoy concerts like Tom Odell, AlunaGeorge or Jake Bugg. Unfortunately, due to our work obligations, our arrival on the festival grounds was after them and the first concert of this edition for us were to be the South Africans Die Antwoord. In a very similar show in both scenography and attitude that we could enjoy two years ago in the same tent, Yo Landi and Ninja interspersed some of the themes of their new album Mount Ninji and da Nice Time Kid as "Banana Brain" and "Daddy" with their hits for masses like "Pitbull Terrier" or "I Fink U Freeky", with which an eager tent of accelerated rhythms went crazy.. With almost no rest, local John Coffey unleash a similar storm moments later in the tent Bravo, the third in importance of the festival, with their mixture of rock and punk that has led to them to be one of the protagonists in the summer season of European festivals. With their leader David Achter de Molen as a perfect master of ceremonies, jumping to the public every 3 songs and continuously interacting with other members of the band, the Dutch offered one of the shows of the festival daring even to make a quite successful cover of "Guerilla Radio" by Rage Against the Machine. 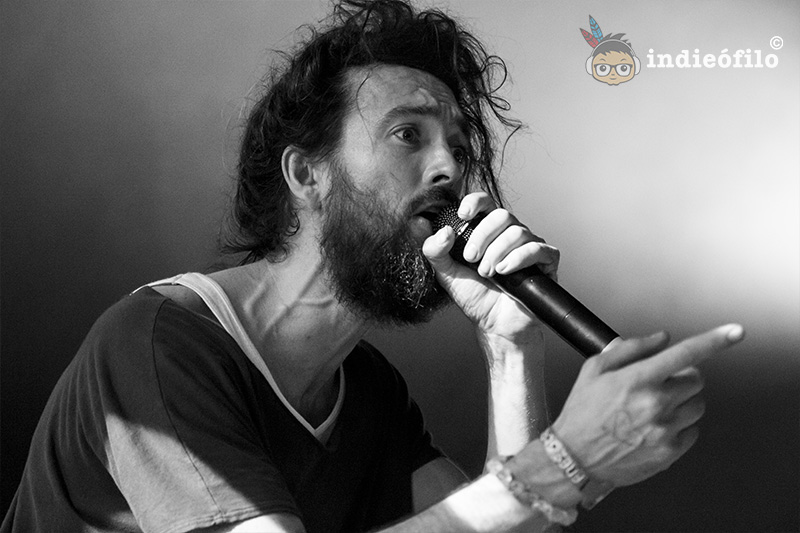 Although techno legend Paul Kalkbrenner brought together a good legion of fans on the main stage, after 20 minutes we decided to change his proposal somewhat monotonous and full of Low pitch sounds for the guitars of the British The Kills, and to our disgrace, their concert was one of the most disappointing performances of the day. The apparent apathy of Jamie Hince and the ups and downs in the voice of Alison Mosshart, who should be more concerned about the musical than of looking for the photographers or instagramers of first rows, dazzle a proposal based on the powerful riff and the torn voices that in the Dutch festival missed strength and rage. The trio of chained deceptions would be closed with that hippie commune that are Edward Sharpe and the Magnetic Zeros, where their leader Alex Ebert took an excessive role during large part the show, in which not only was missing the counterpoint of the voice Jade Castriños who left the band a couple of years the band, but also a greater presence of the dozen instruments that were on stage. Beyond their hit "Home", chanted in unison through the tent, only the magnificent version of "Instant Karma" by John Lennon excelled the general sleepiness. 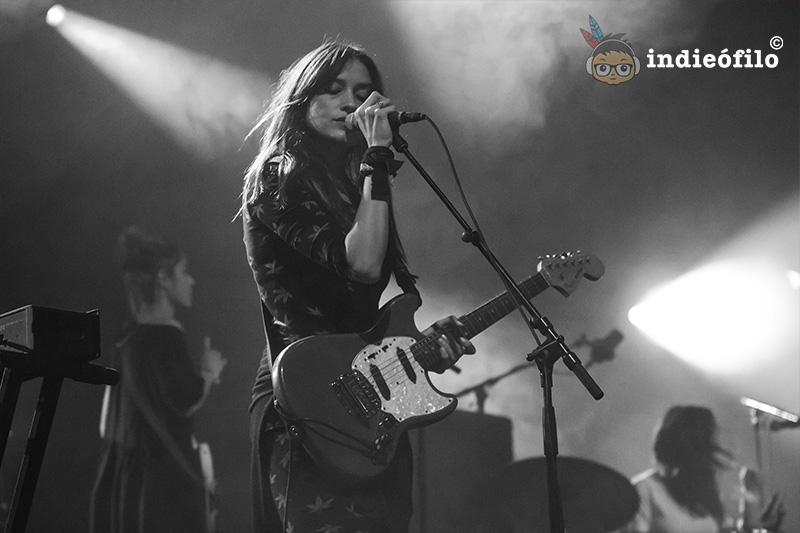 Luckily the American Warpaint took us out of the lethargy of the last two hours with a great gig in the little India tent. With an excellent sound, in which the precise rhythms of Stella Mozgawa's drumming stood out, the power and strength of the Americans conquered an audience that preferred their mix of Dream pop and Art rock to the easy rhythms of Oscar & The Wolf In the main stage, and that vibro with songs like the new hit "New Song" (Pun intended redundancy) or the incredible "Undertow". 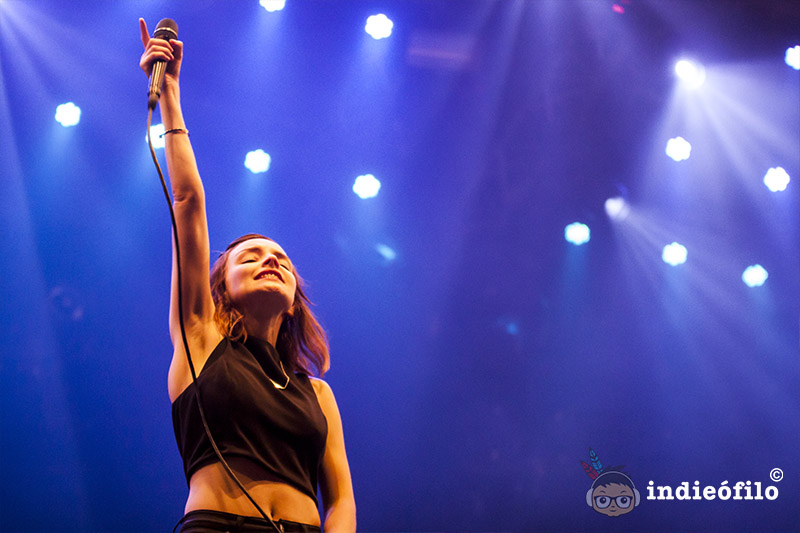 And after them came the most painful overlap of the three days of festival, a duel between Scottish bands that made the two editors of Indieofilo chosen for different roads. On the one hand Chvrches, who filled the Heineken tent with a show full of synthpop of an excellent quality and in which it highlighted the evolution of an incredible Lauren Mayberry, who has gone from being the shy young woman who barely moved on stage four years ago at the Pitch festival of 2013 to a real leader capable of moving the masses. With a perfect setlist in which they did not forgot any of the hits from their two studio albums, theirs was one of the concerts of the festival, leaving us a lasting impression with an incredible end where highlighted an a cappella start on "The Mother We Share". 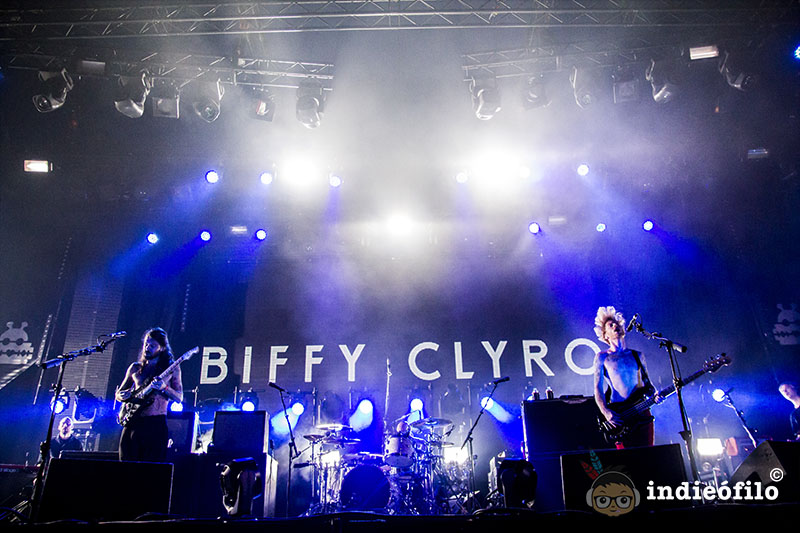 Just 500 meters away, their compatriots Biffy Clyro offered another of the festival's shows of this edition, showing that the overlap and not include their perform on the main stage was a big mistake by the organizers. It is true that the big presence of tracks from their new album Ellipsis in the first half of the concert, where only "Wolves of Winter" and "Animal Style" managed to hook the audience, and a bland acoustic interpretation by Simon Neil of "Medicine", were a small burden for a start with too many ups and downs, but as soon as they play chain up "Captain" and "Mountains”, the whole tent fallen head over heels for them. There would still be time for a final apotheosis with "9 / 15ths", "Many of Horror" and "Stingin 'Belle" where the trio showed why nowadays they have one of the best lives of the rock scene and make us green with envy waiting for the small room tour of this winter. 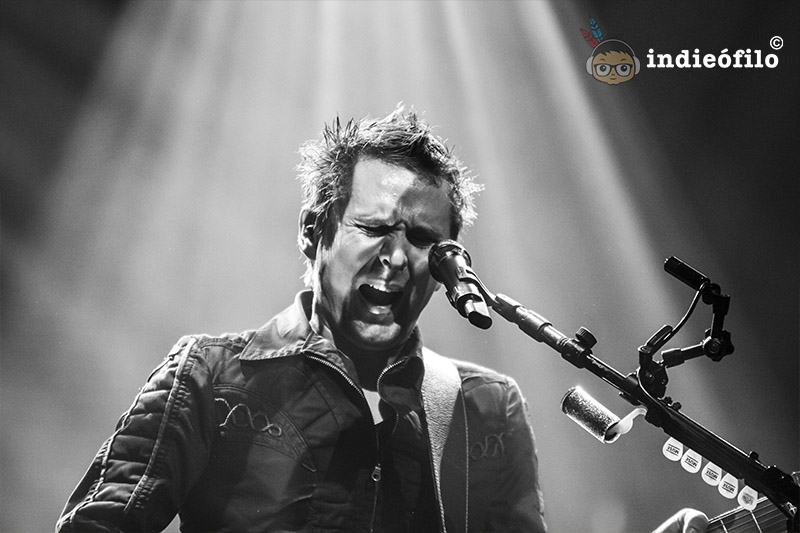 The main gig of the night was closer to start and the Alpha tent was full to overflowing to receive Muse. With a careful stage design in which featured a spectacular central jumbotron, the trio came on stage with the military orders that are heard in "Psycho", which made us fear a monologue of their last album Drones, but to our surprise the first 30 minutes were a return to the past where we could enjoy "Plug In Baby", "Hysteria" (with AC/DC "Back In Black" riff included) or "Supermassive Black Hole". From here on, continuous chiaroscuros mixing new dispensable themes such as "Madness", "Dead Inside" or "The Globalist" with hits like "Starlight" or "Uprising", leaving for the end their most epic side with "Mercy" and "Knights of Cydonia", where the initial chords of "Man With a Harmonica" by Ennio Morricone were a great surprise. Despite the fact that their show was an absolute success for 90% of an audience that didn’t take care about the played songs (and probably also the musical), it surprises the small weight in the setlist of their two first albums, push into the background their superb debut album Showbiz. So, now that the band enjoys the full approval of the general public, it seems difficult that we can enjoy a similar concert and  setlist like the one of the mythical Hullabaloo and we must be satisfy with those small quality pills that Muse give us in these massive Festival shows.