One Autumn more, a new edition of London Calling festival arrived at the Paradiso room in Amsterdam to show a balanced sample of the new trends in the international indie scene at the same time that allows us to enjoy prestige bands like Spiritualized. 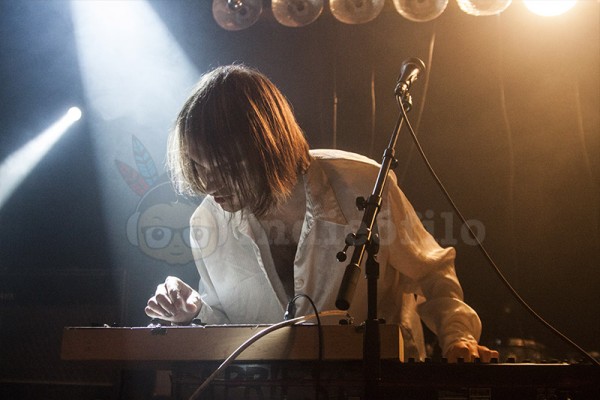 Our first touch base would arrive in the small room with LA Priest, the solo project of former leader of extinct The Late of the Pier. Before an audience unfavorable to its proposal (he requested at various times for cooperation in the form of applauses or sounds to incorporate into their songs), the Australian gave a show sustained mainly on guitar and synthesizers. The best moments of his performance came with the hit "Oino" and the concatenation of "Party Zute / Learning to Love", both interpreted with a very danceable funky touch. The room change to the main one approach us to a completely different proposal that came from  their countrymen Holy Holy, based on an American southern rock like 70s style. Their calmed style was more successful among the public, although to in our opinion the proposal was fairly flat, recalling in excess to The Tallest Man on Earth, with the single "House of Cards" as a demonstration of their repertoire. 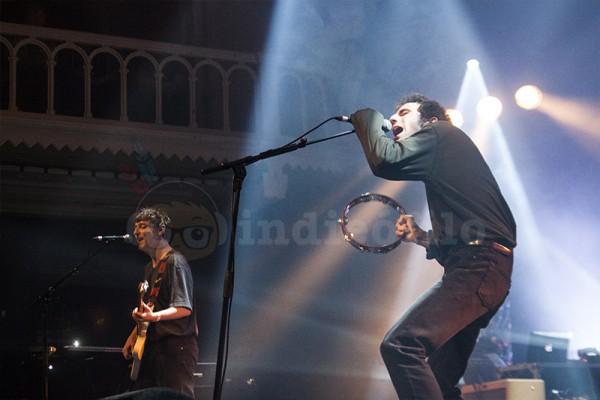 The return to the crowded small room brought us one of the best shows of the day, the English Charlotte OC. With a style reminiscent at times to Bat For Lashes and The XX and spectacular staging which highlights the cape and the theatricality of their singer, their show was fast as a cyclone where highlighted songs such as "Colour My Heart", "Strange" or "If My House Was Burning". As we have already seen Circa Waves just 3 months ago at the Best Kept Secret Festival, we use their performance to rest and also to find a good location for the show of Inheaven, Scottish band with a mix of post-punk and shoegaze that has received very good reviews in the British media. However, despite the initial enthusiasm for songs like "Bitter Town" or "Regeneration", one does not take long to notice a certain monotony and continuous similarity to The Jesus and Mary Chain. To our luck, in the big room we meet again with some old acquaintances, Swin Deep, who returned to the Dutch capital to present their new album Mothers. The Birmingham band showed that already begin to have a repertoire that includes 5 or 6  very powerful songs, and above these hits they build all their show, leaving small gaps that disappear as soon as sound "To My Brother", "Namaste" or the impressive "King City" capable of making the whole room jumping in unison. 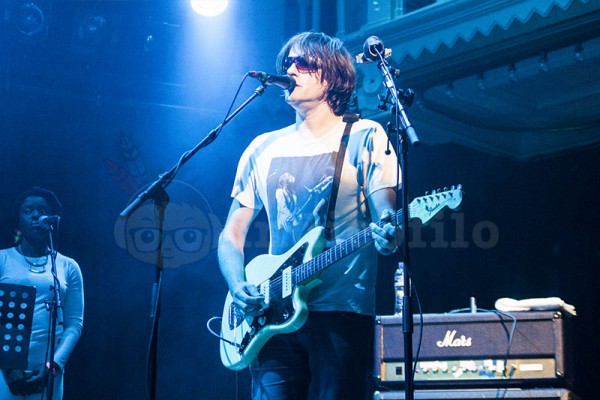 The fact of fully enjoy the show of the British band made us almost impossible to enter the small room where The Jacques offered their mix of punk and soft Britpop. It is surprising the "pull" that this kind of bands have among the new generations, when about 10 years ago the room will be luckily 50% of attendance full, especially due to their proposal is not innovative or disruptive, remembering in excess to the first The Libertines. It must be recognized that their proposak is well executed and that their leader Bonnie Jacques has an innate charisma, but at some point will have to provide more than fleeting distortions and repetitive choruses.. The great name of the night waited us in the main room, with Jason Pierce acting as a master of ceremonies with his band Spiritualized. With a remarkable change on the age of the public, where stood out the limited presence of hordes of youths who dominated the main hall in previous shows, the sober proposal of the British triumph from the first moment, when they kicked off with the gorgeous "Hey Jane", turned into a kind of Jam Session for the showcasing of showgirls and also Pierce himself on the guitar. In an extensive tour through all their albums where we can enjoy classics like "Electricity" or "Electric Mainline" , madness arrive with about 20 apotheosis  minutes where "Walkin' with Jesus", "Come Together" and "Take Me to the Other Side" were chained, merging thus the past from Jason as head of Spacemen 3 with the most perfect and epic theme of Spiritualized. About 90 minutes of master class in which despite the immobility of the band and the apathy of Jason Pierce protected behind his already typical sunglasses, the public vibrated and enjoyed the most, showing that when music is remarkable, are not necessary distractions in the form of false attitude or fireworks..