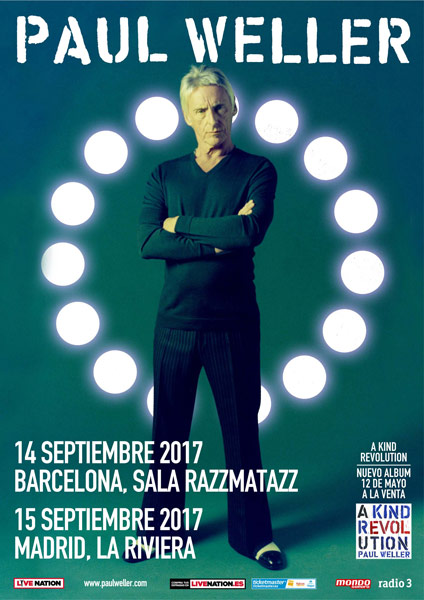 Paul Weller has just announced two dates in Spain to present his new album A Kind Revolution (2017), that will go on sale next Friday 12 May. The legendary The Modfather, singer of The Jam and a with successful solo career, will perform on September 14 at the Razzmatazz hall in Barcelona and a day later, on September 15, at La Riviera in Madrid. The pre-order of tickets will be activated next May 11 on livenation, while 24 hours later, on Friday, May 12, tickets will be available at all usual points of sale as livenation, ticketmaster and network Ticketmaster, in both cases with a price of €40 + fees.