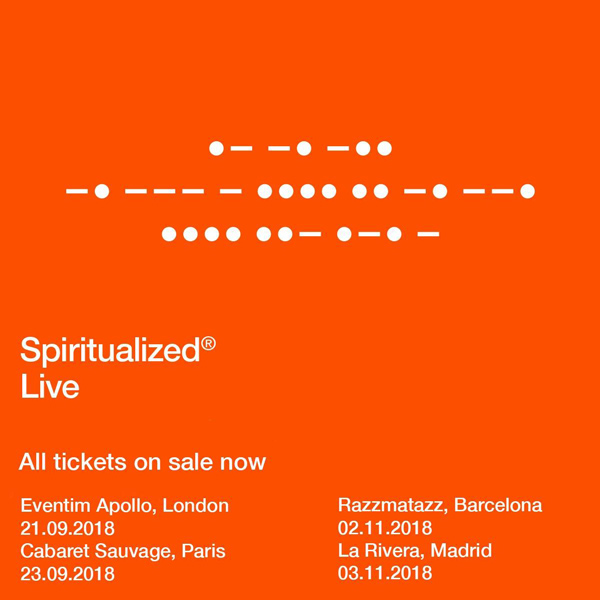 Just 10 days after their incredible performance at Primavera Sound in Barcelona, British band Spiritualized have just announced that their long-awaited new album And Nothing Hurt (2018) will be released on September 7th on Fat Possum/Bella Union. The band led by Jason Pierce will release their first album in six years after the successful Sweet Heart Sweet Light (2012), and to celebrate it they will perform four exclusive concerts; two in London and Paris (September 21 and 23 respectively), and two shows in Spain on November 2 at Sala Razzmatazz in Barcelona and one day later, on November 3, at La Rivera in Madrid.

Tickets for the two concerts in Spain will cost 32€ (+ fees) and will be on sale on Friday 15th June at 10:00h via Ticketmaster and Redtkt.