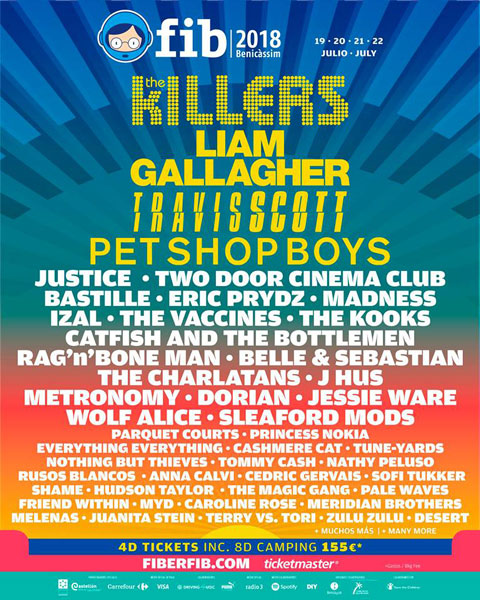 After announcing just over a month ago that Pet Shop Boys, Belle And Sebastian, The Kooks or Madness would be part of FIB 2018, the organisation of the Spanish Festival has confirmed today new names for its lineup. The main name of this new batch is the British Rory Graham, better known by his alias Rag'N'Bone Man, who was one of the great revelations of the past 2017 with his debut album Human, as well as their countrymen The Charlatans, who will present their latest album Different Days (2017) at FIB. The other names added to the line-up are Metronomy, Anna Calvi, Pale Waves, Sofi Tukker, Tommy Cash, Caroline Rose, Meridian Brothers, Cashmere Cat, Desert, Cedric Gervais and Friend Within.

We remind you that 4 days tickets for the festival, which will be held from the 19th to the 22nd of July at the usual location in Benicassim , are on sale at the official webiste of the festival with a price of €155 + fees (including campsite).