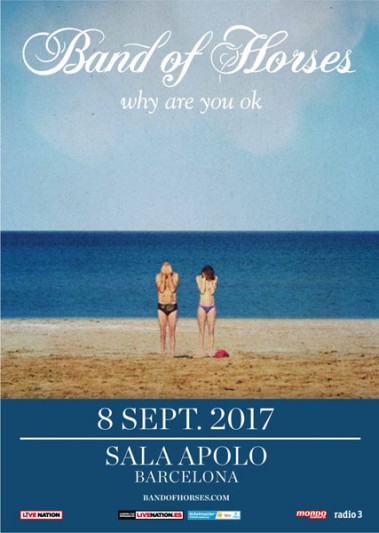 More than six years after their last visit to Barcelona, Band Of Horses have announced that next September they will perform in the Apollo hall of the catalan city. Ben Bridwell's band will play on Friday, September 8 at the mythical hall in Barcelona, just one day before their performance at the DCode Festival in Madrid. These new concerts are part of the second half of their European tour that the Americans will offer between August and September, and of which we were fortunate to enjoy it last year at the Dutch Best Kept Secret Festival.

Tickets for the concert will go on sale at a price of 32 euros + fees on Friday September 7 at 10:00 am through the website of Livenation Spain.