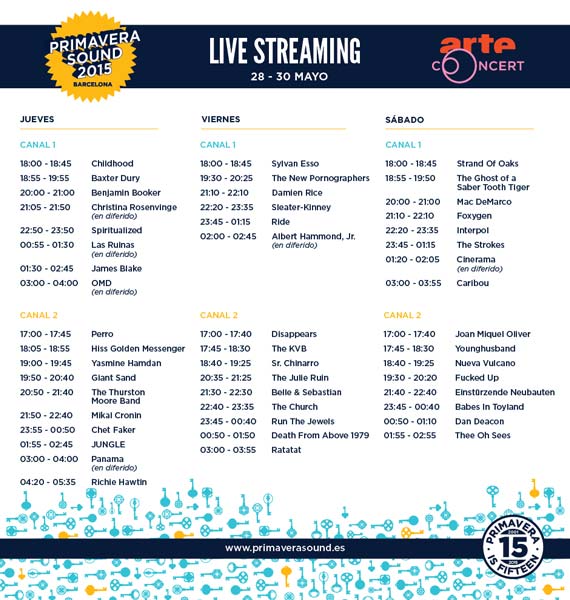 If few days ago the organization of the Primavera Sound announced that the festival would be broadcast via streaming through the Franco-German channel Arte, today finally have been known the schedules and concerts that will be enjoyed throughout the three days of the festival. Among the actions broadcast in streaming, highlights the ones from The Strokes, Interpol, James Blake, Sleater-Kinney, Damien Rice, Ride o Belle & Sebastian, some of them pre-recorded. It has also been confirmed that once the festival ended, a selection of gigs will be available on the website of Art Concert.