With the arrival of the first weekend of July also gets to Amsterdam Pitch Festival, that this 2016 celebrated its sixth edition at the wonderful venue that has seen it grow of Cultuurpark Westergasfabriek with DJ Shadow, Santigold, Soulwax and Grimes main names. 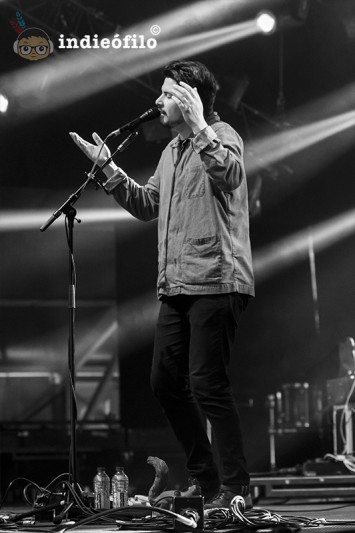 Friday's session started at the impressive Gashouder with Floating Points, or what is the same Sam Shepherd and his acclaimed mix of Electronica, House and Jazz. That nice mix of electronic and acoustic rhythms shown in his first LP Elaenia disappeared in a too corseted live, overly focused on deep house and with quite poor quality sound with reverberations on the basses during most of the show. Even his staging in which highlighting some lasers that drew geometric shapes were able to save a monotonous and erratic show. A little bit better was our initial contact with the main tent, where his countryman Jamie Woon showed his more R&B side in a show in which he played not only songs from his latest album, but also few themes from the acclaimed Mirrorwriting who made him known back in 2011. His sound was quite good, based on exceptional male choristers, but the lack of that spark that provide on his songs the electronic caused that after 20 minutes his proposal became quite drab.

The return to Gashouder gave us back another fail with the proposal of David August. With the same problems in reverberations on the the sound as Floating Points, his show was a fiasco despite adding a battery and a bass guitar to his proposal. The characteristic dark landscapes of the German were diluted in a tangle of uncomfortable noises that, nevertheless, would be infinitely better than the show presented then by the Americans Odesza, whose recent fame on the radio stations around the world is not understandable as was seen on their live show. Their dance with electropop touches full of percussions, is a decaffeinated version of Woodkid, with the only input of a horn section that when took the spotlight gave new interesting features to the overall sound. 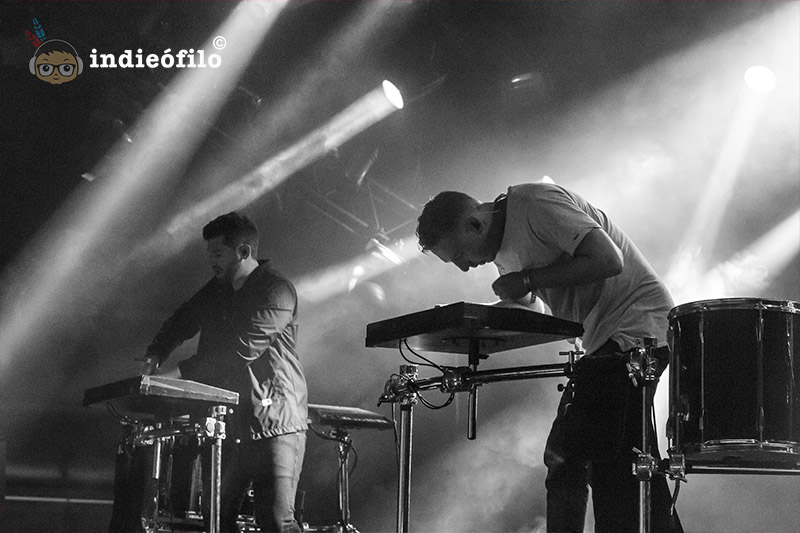 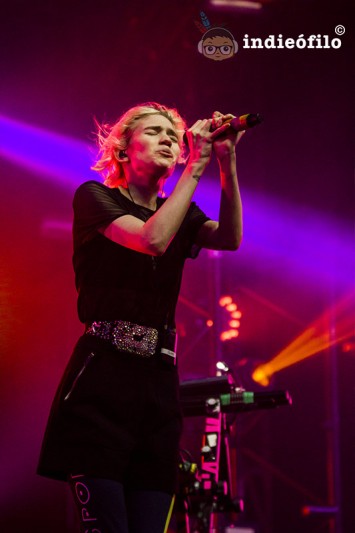 The curse of Gashouder sound improve slightly with the session of Dusky, whose session more closer to the house delighted the passionate fans of the first rows, but failed to connect with an audience that was waiting for more refined sounds close to jazz and less electro style. It is a pity that the sound of Stick By This has mutated into rhythms that will sound like the dance clubs for masses in the weekend.. However the highlights were still to come and the two female that lead the line-up of the day were to got the festival off the hook in an outstanding way. First the Canadian Grimes, whose style that combines a storm of strength and rhythms, made that the audience went crazy despite the crowd began quite indifferent. Between screams and spasms, light effects, hyper dancers and constant visits to synthesizers and electronic percussion, the synthpop proposal of Vancouver's singer conquered a main tent that said goodbye to her with a standing ovation after a show that was fleeting like the wind.

A similar success would have minutes later on the same stage American singer Santigold with a very different proposal. With a scenography that includes two dancers and multiple costume changes, the Philly girl had a spectacular start of the concert where we could enjoy a remix of "You'll Find A Way", "L.E.S. Artistes" and "Big Boss Big Time Business" to gradually lower the level with some songs from her latest album 99¢. The lively "Unstoppable" succeeded in revive to an audience that responded better to the songs from her first two albums, but that was emptying the tent as the concert draw on. Nevertheless, good show in which to our misfortune, at times highlighted more the paraphernalia of the dancers and the dresses that the merely musical. 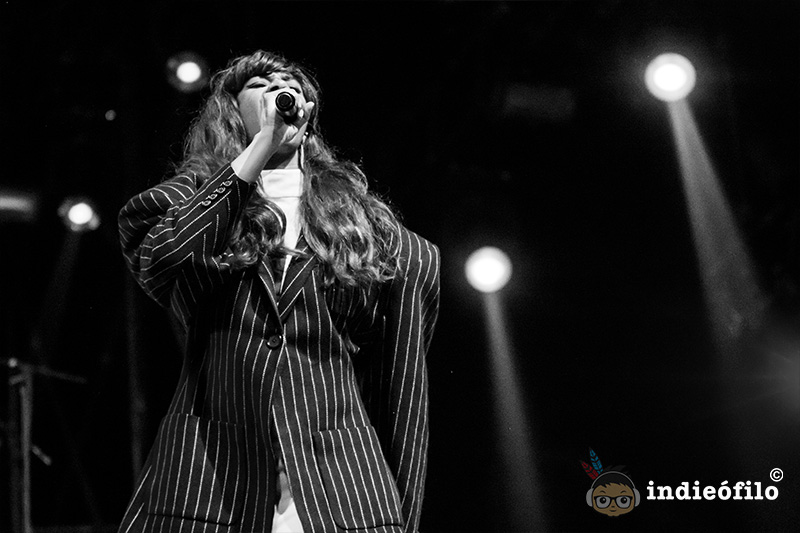