One autumn night in Amsterdam, light fog, a former church as Paradiso as a concert hall.. Could you ask for a better atmosphere for a night with Two Gallants and Low? To our luck, which on paper looked like a fantastic plan ran confirmed as one of the best concerts of the season. Two Gallants in their role as warmer up offered a sober and effective show, which served for the showcasing of the raspy voice of singer and wherein the best moments came when Adam Stephens was at the piano, as in "Fly Low Carrion Crow" and "Invitation to a Funeral". 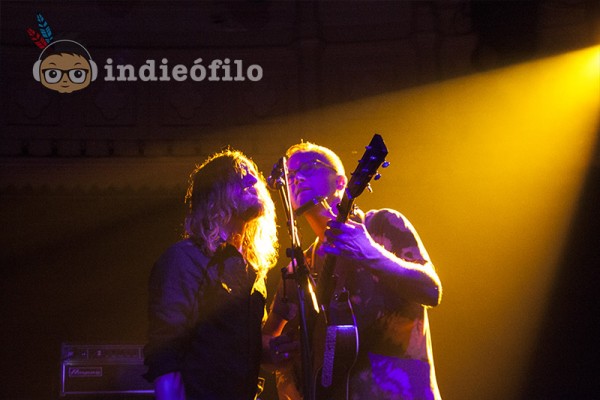 Closer to 9 at night was time for the stars of the night, the band from Duluth Low , presenting their new LP Ones and Sixes. Large part of the show focused on it, where we find the farthest side of the band to the slowcore that gave them to know, and perhaps therefore a somewhat hesitant start with "Gentle" and "No Comprende" caused the connection with the crowd was not as expected. However, as soon as Alan began to perform solos on guitar and Steve Garrington focused more on the bass that in a somewhat insipid keyboards, the level grow up suddenly, leaving us an incredible "Monkey" and a sweet "The Innocents" where the voice of Mimi Parker highlighted greatly. 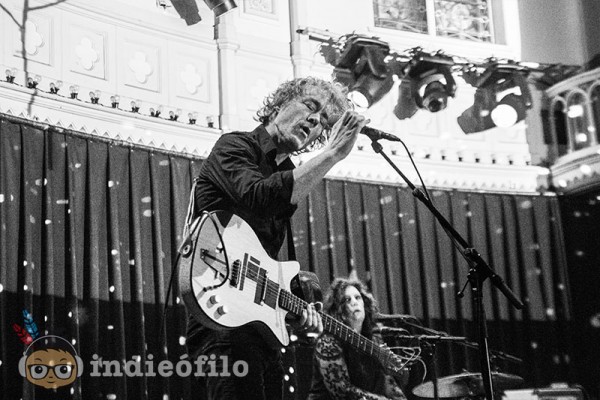 Like if we were in a thematic carrousel from The Invisible Way, arrive chained "Plastic Cup", "On My Own" and "Holy Ghost", where games of voices between marriage Sparhawk reached their summit and finally caught the public toward their proposal. The return to their last LP made that in the middle passages of the show, the general atmosphere come down a bit, probably torpedoed by some projections with poor visibility due to the circular shape of the "altar" of the hall. However, as Alan shows his chaotic side on the guitar, the show returns to its strength, as in "Pissing", where he sang through the guitar pickup, or the lugubrious "DJ". For the final minutes the band booked what is probably the sweetest song of their discography, "What part over me", and also received a walkabout with endless "Landslide" where after three minutes repeating the chorus between Mimi and Alan, the crowd together repeated the last lines for about 1 minute. 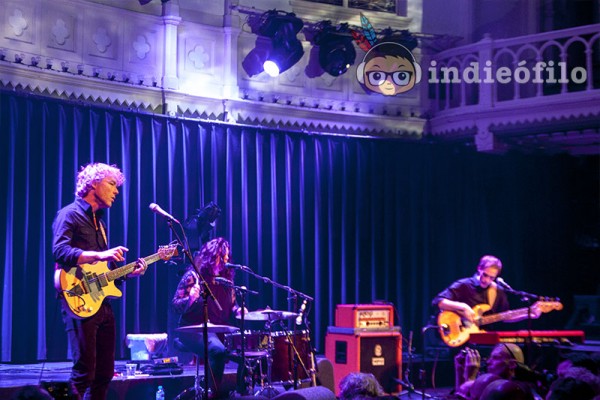 There would still be time for some encores in which we can see the most talkative side of a shy Alan Sparhawk, endlessly thanking the presence of the crowd in such a special room. Picking up some of the best songs from their extensive discography, we could enjoy the clarity of Parker's voice in "Point of Disgust" and "Two-Step", closing the concert with the renowned "Murderer" which marked the finale to a wonderful show. It is true that at times we miss more songs of their early works, those that will be more uncomfortable to the general public, or even greater role of Mimi Parker alone (many of us would pay for her show only with the  drums..), but despite this, any concert of this  tour by the American is better than 99% of the current gigs.